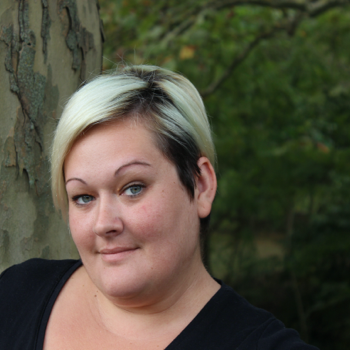 Being born in Portugal and immigrating to the United States as a young child, English was Cristina’s second language. At a young age she had to be the translator for her mother, and mediator in parent teacher conferences. Later in her academic years, Cristina was drawn to the Spanish language. She took classes to perfect it, and used it often with Spanish speaking friends.

After high school, Cristina married her high school sweetheart and went on to start their family. Her husband joined the armed forces and they moved to Hawaii. Cristina kept busy volunteering in her daughter’s school and for her husband’s troop family readiness group. In 2015 Cristina decided to go back to school and get her finance professional certificate. She was then hired at a local bank where her Spanish speaking skills would be of essence. She created a strong bond with her Spanish speaking customers, and found great satisfaction in helping them.

In 2016, Cristina used her bilingual skills and love of detailed projects to work on content within TEG’s InSync Education product. That opened a new door for Cristina. She realized that helping bilingual families was her calling, as she had much experience with it growing up. Little did she know that later she would be joining TEG full time to further her ambitions.

In her free time Cristina enjoys spending quality time with her family, spending days laid out on the sandy beach with a good book, going to the movies, being her kids #1 fan at their soccer games, and taking long drives in the country.