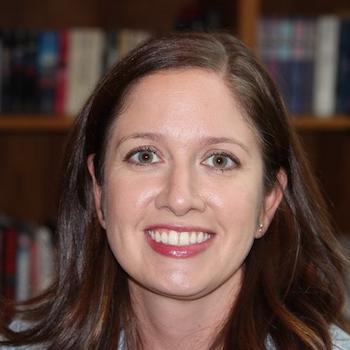 Lauren began her career in sales after graduating from the University of New Hampshire with degrees in Health and Education. She did well selling payroll and business solutions, constantly winning trips and Presidents Clubs, but felt something was missing. Soon after marrying her college sweetheart, Lauren and her husband moved to Jacksonville Florida in search of new adventures, some sun and a career change.

Lauren found that adventure and much more when she began her new career at a small but growing Ed-Tech Company. This start-up led Lauren to meet with thousands of school districts across the country and ultimately lead a national sales team and company to explosive growth and acquisition. In her role as Senior Vice President for Educational Tools (ETI), she both developed and delivered game-changing customized digital learning tools for the classroom. Under Lauren’s sales leadership, ETI grew from a small technology start-up to a leader in the K12 space in just a few short years. In 2010 Triumph Learning acquired ETI and appointed Lauren as their Vice President of Digital sales to help lead their digital strategy and overall growth efforts.

After countless weekly flights and earning elite status on nearly every airline, Lauren decided it was time to make a change. In 2012 she left Triumph Learning to become the Senior Vice President of Business Development for Six Red Marbles, the largest US based development house for learning materials. Here she acquired numerous new clients and led their strategic partnerships including Houghton Mifflin Harcourt, Microsoft and The Gates Foundation.

Today, Lauren resides in the Florida area with her husband and baby girl. She has found that missing piece, having a passion for what she does and making a small difference in peoples lives. TEG’s ambitions are to join teachers, parents and the community in a collaboration to support the academic success of our children. Lauren shares the company’s belief that there is no work greater, and no stakes higher, than the preparation of the next generation. Lauren has found a whole new meaning to work-life balance and having an unbelievable spouse and daughter by her side definitely helps.